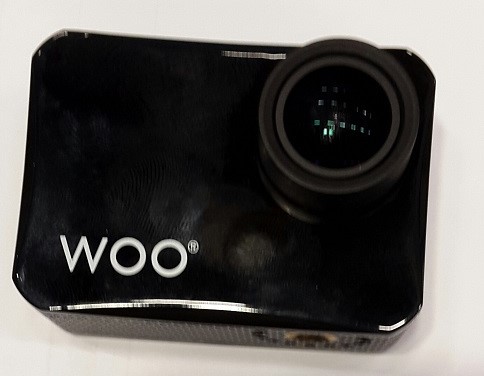 Visitors to Africa.com at the CTICC in Cape Town this week hoping to do some Christmas shopping might have been disappointed. Unless they were shopping for next Christmas, with many of the gadgets being futuristic in more ways than one.

Lots of the products being showcased at the event from November 16-19 are yet to be launched in South Africa; others, such as the Huawei’s smart home system, are still under development.
South African consumers might not yet be able to get their hands on all the stylish French cellphones and sexy Spanish cameras seen at Africa.com, but shoppers in Soweto will be able to get their hands on a little piece of the future when the Sunstream mobile charger is launched in a Vodacom store there next week.

With a recommended retail price of R199 we can expect this handy little gadget to turn up in many a Christmas stocking … or Santa could just drop it down the chimney.

Its creator John Anderson, whose background is in the solar panel industry, said he set out to make this phone charger as tough as roof-top solar roof panels.

Not wanting to dip into any debate about youngsters and mobile phones, I will just mention that this piece of equipment could be handled by even the most destructively determined of toddlers, it can even be immersed in water.

The charger that transforms light instantly into energy is quite a looker too. Anderson, who hails from Colorado in the US, said he knew that to get the attention of the young and hip, who are usually the early adopters of new technology, it had to be good looking, hence the funky primary colours.

Woo, from Spain, is another company that was at Africa.com showcasing useful, good looking and affordable gadgets that will soon be available in South Africa.

These gadgets will appeal not only to young consumers who demand a lot of function and at least some form; nostalgic shoppers will likely also be wooed by the classic style of the company’s AC11 and AC20 cameras. Waterproof to up to 60m, the cameras give 4k resolution despite fitting in the palm of a hand.

Woo sells basic technology at affordable prices, something many South African consumers have little experience of. Mobile phones and small laptops which become tablets when you remove the keyboard completed the Woo offering at Africa.com.

With most items on show retailing for around US $100-120, the Madrid-based company will be well placed to grab a chunk of the middle market when it starts selling products in South Africa hopefully as soon as early next year.

Another European company showing at Africa.com in advance of plans to bring their products to South Africa was Wiko, the French mobile phone company.

Unsurprisingly the company that claims to be France’s second most popular telephone brand is very high on style. The phones are very slim and available in soft, luxurious colours one would normally expect to see in silk scarves. The company’s motto is You don’t like the game? Change it.

And so visitors to Africa.com live in hope for this Christmas … and the one after. – African News Agency