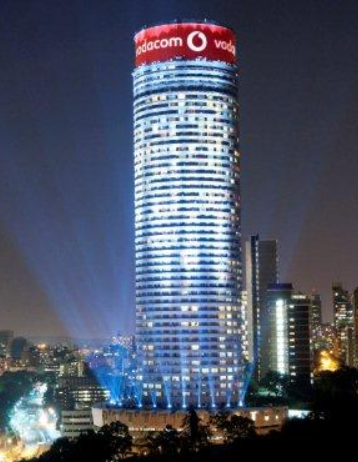 Let me tell you a little story about getting my mobile phone fixed and having a little faith in the whole ghastly money-grabbing telecoms industry restored.

A friendly and efficient young woman by the name of Tasneem at the Real Repair Company in Gardens Shopping Centre saved the day for me after I had been royally messed around for the umpteenth time by my service provider, Vodacom.

In my household, we pay Vodacom a lot of cash every month for two cellphone contracts and fibre connection at home. We have both had contracts with this massively wealthy company since cellphones arrived in South Africa in the early nineties … but that doesn’t seem to mean anything in an industry where the big providers rake in obscene amounts of money while treating their customers like a nuisance.

(It feels like a lot of what we pay for is very expensive air ie data, but the price of data is another subject altogether.)

I dread having to interact with anyone from Vodacom because it is generally a bad experience and usually ends with me being parted from more money. Still, I popped in to a store near my home one day this week because I could not plug the charger into my Samsung Galaxy S30.

When I discovered the problem I fiddled a bit, but didn’t want to damage it so I took it to a store to ask the company I have paid many thousands of rand over the last 30 years if someone with younger eyes and a little more experience might have a look and try to help me.

I realise now that was a crazy idea. Someone who was very probably born after I started supporting her employer had a quick glance at the jack and diagnosed it as bent. She gave me a talking to since I had obviously damaged it by “inserting the wrong charger or forcing the right charger in the wrong way”.

I was told that fixing it would require it being sent away for up to 21 days (they are still using the donkey express?) and that the cost (indeterminate) would be for my account since it was clearly my fault.

But I have insurance, I cried. Still, the sergeant-major informed me, it wouldn’t be covered by insurance since it was my own carelessness that had caused it. Silly me, thinking accidental damage might be covered by the super expensive fully comprehensive insurance I had taken out.

This sort of treatment is not something one wants twice in a day, but I couldn’t face the idea of 21 days without a phone and paying any old amount (which experience suggests is the pricing structure for repairs). Also, I was reminded that the staff at the Vodacom 4U store in Gardens Shopping Centre are altogether less aggressive and usually more helpful than impatient disciplinarians in the various other stores I have visited in my time.

So I went along there, risking another dressing down, to get a second opinion. Well, you could have knocked me over with a feather. The sales assistant couldn’t have been more polite or helpful.

Her response was: “Oh no, that is annoying, let me see what I can do.” What an improvement on: “What the hell have you done, damn pesky customer, that is going to take forever and cost a fortune to fix.”

She had a look and tried to fit a charger. Then she tried various wireless charging devices “as a short-term solution” and then apologised for not being able to help.

Before taking up the option to send the phone away for repairs, I decided to seek help at the Real Repair Company across the way, which is where I met Tasneem.

Even though they don’t do small jobs on this type of phone she had a look (with those young eyes) and saw a piece of lint/dust in the jack, took it out with a pair of tweezers, checked that a charger worked, smiled and gave me my phone back.