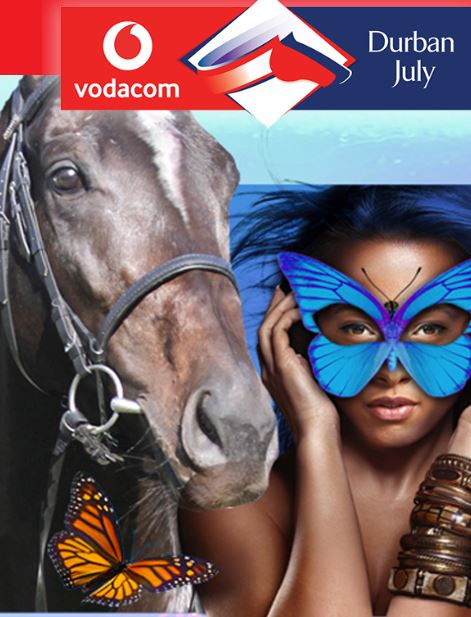 The 2020 Vodacom Durban July will be run ‘behind closed doors’ at Hollywoodbets Greyville Racecourse on Saturday 25 July.

DURBAN, July 4, 2015 – The air around Durban was crackling with excitement on Saturday morning. It felt like all of Johannesburg and at least half of Cape Town had descended on the deliciously balmy but kind of sleepy town for the Vodacom Durban July, “Africa’s greatest horse race”.

Fashionistas, fillies and financiers were under equal pressure to show their finest form. The day has grown well beyond horse racing. Being or backing a winner can mean so many things. But how does a Durban July virgin make the big decisions on this important day?

Since 1897, when a field of seven horses ran for a grand prize of 500 sovereigns, until today when 18 horses will compete for a total purse of R3.5 million, “The July” has has been held on the first Saturday in July, except for during 2010 when it was moved to the last weekend in July to make way for the Soccer World Cup (apparently another important sporting event).

Looking at the final field for today’s main race, the 7th, one might fancy one of the reserve runners, Mac De Lago just to hear the commentator grappling with that one (.. while not wishing bad fortune on anyone of course).

Just on the basis of names I think we should all back Halve the Deficit (lord knows we need it). And then there’s Wylie Hall, so nearly the winner last year, before losing out to Legislate in a dramatic ending involving reviews, objections and claims of interference.

One might be called crazy to totally ignore the name Legal Eagle, which remained favourite with odds of 3/1 in the morning. Oh well, we are in Zulu kingdom after all, we wouldn’t be the only ones to call on a sangoma to throw the bones.

The real decision, of course, is what to wear. And does one take a handbag? And what does a lady need to take for what promises to be a long day. Fashion parading and judging starting at 9.30am and the last race around the course (requiring no horses or clothes) starts well after night has fallen.

The event is at least as much about fashion as it is about fillies, haute couture as horses. It is a chance for fashionistas to pull out all the stops and for designers to showcase their most eye-catching designs.

Each year the event has a different theme. This year the theme is the Captain’s Table. Gold Circle, which runs racing in KwaZulu-Natal, says choosing a theme adds interest and focus for fashion competitions.

What one needs to take along for the day might depend on whether one has been invited to dine at the Captain’s Table in one of the corporate hospitality tents, or plans to mingle with the 55,000 people expected at today’s event at Greyville Racecourse.

Those lucky enough to be invited to spend the day at one of the corporate functions (no expense spared!) will have nothing to worry about. Sibaya Casino’s general manager Melville Vogel told Call Off The Search that the July was their signature off-site event of the year. Sun International will be hosting 350 people in the double story marquee with fine food and wine flowing and nine tote booths in the marquee to keep the actual horse fanciers happy.

The romance of the day, the sights, sounds and smells may seduce even the staunchest non-gambler to have a flutter. Estimates vary of how much money will be won and lost on horses on the day, but all of them are in excess of R100 million.

The event itself contributes more than R200 million to the local economy. There might only be one winner of the 7th race but the beauty of the Vodacom Durban July, according to Vogel, is that the winnings are spread around, from the big hospitality groups to the smaller catering companies, bed and breakfasts and beauty salons. Even, of course the sangomas who are called on to make those last big decisions.