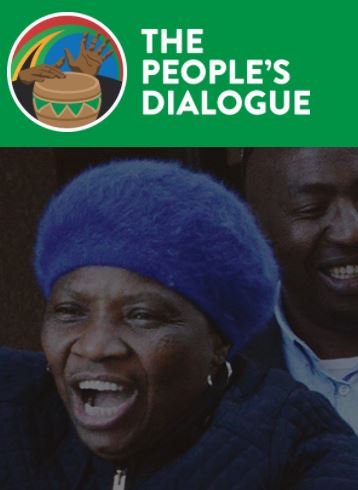 On the day that the Daily Maverick launches a newspaper Herman Mashaba, former mayor of Johannesburg, launches his new political party.The party has yet to be named is not yet contesting seats in Cape Town but sign up anyway, and put your Ward on its map.

We need alternatives to the very rotten ANC and, sad as I am to say it, super disappointing DA.

I heard someone asking this week why Mashaba and Mmusi Maimane don’t work together, which seems a little like asking the world’s two most famous lesbians, Ellen DeGeneres and Martina Navratilova, why they don’t get together.

Maybe that is me being stupid, but Mashaba and Maimane might be similar, yes, but they are definitely not the same. We need them both.

The backstory, from Herman Mashaba:

When I resigned from the DA in October last year, I was confronted by so many voices who have given up on our political system.

They were clear, that we need a new political alternative that can unseat the ANC and can put South Africa on the path to prosperity.

This is why we launched The People’s Dialogue on 6 December last year, to have a discussion with the South African people about the political vision they have for South Africa.

When we did this, we did it because a new political party should not be based on our ambitions, but on the ambitions of the South African people.

At the time, we had hoped to receive a few hundred thousand responses. We had no idea of the depth of South Africa’s desire for something new.

2.4 million people engaged us through the dialogue and together we forged the non-negotiable values on our new party.

We stand for economic prosperity with an immovable focus on what South Africa needs above anything else – jobs.

We stand for a non-racial future of our country, and a resolute commitment to the truth that every South African is equal.

We stand for social justice as a pre-requisite to achieving non-racialism in our country.

We stand for the rule of law and a criminal justice system that works to keep South Africans safe and puts criminals away.

We stand for direct democracy, a system where people vote for leaders at all levels of government and not just political parties.

We stand for an education revolution that will form an unparalleled investment in opportunity.

And we stand for ethical leadership, because South Africans have been failed dismally by corrupt leaders who prioritise the enrichment of their political friends and family over the service to the South African people.

We have taken these core values and we have worked with professionals in South Africa to begin the long process of developing our blueprint of solutions. We met with policemen and women, prosecutors, retired judges, doctors and nurses. We met with business owners, big and small, academics, economists, farmers, teachers and school principals.

The sense of momentum shifting towards our new party over the past two months has been quite unbelievable.

South Africans are furious about the abuse of this national state of disaster for the looting of public funds.

What makes it worse, is that it happens at a time where our economy is reeling from the hardest lockdown in the world. South Africans are losing their jobs, their businesses while our government behaves like a criminal syndicate.

The timing of the launch of this new party could not have happened at a better time, because South Africans – now more than ever before – want a real alternative to the ANC. They want a party that can achieve broad support, beyond the narrow focus of our current opposition parties. They want a way out of the mess we found ourselves in.

The party I will unveil on Saturday will be the hope that South Africans are looking for. We will put down real solutions to the problems in South Africa. We will avoid the political pettiness and point scoring that has become part of the politics of our country. We will exist for the soul reason of unseating the ANC and providing an alternative, better future for our country.

We will focus our resources where we can win in next years local government elections. While we initially believed this would be focussed on Tshwane, Johannesburg and Ekurhuleni, it is clear that more and more municipalities are becoming winnable and can no longer be ignored.

When you consider the amount of people who have already joined, before we have even launched the party, I am resolute in my belief that our growth after Saturday will be unprecedented.

The People’s Dialogue was the name of the non-profit project of engaging South Africans. It will continue its good work, but separately from the new party. But, after this road we have travelled the time for talking is now over because South Africans want action and not words.

It is appropriate for me to announce at this point the leadership team around me.

I will serve as the party President and have appointed Michael Beaumont to serve as the National Chairperson of the new party.

I am pleased to announce that Lerato Ngobeni, another newcomer to politics, will bring her vast experience and skills to the role of National Spokesperson.

Funzi Ngobeni, André Coetzee, and Paul Boughey will form part of our leadership team as strategic individuals who have been with us from the early days of The People’s Dialogue.

This leadership team will form the nucleus of our party going forward. It is a strong team that being a huge amount of experience. Most importantly they are great South Africans who are committed to the service of the South African people.

The launch of this new party will be a milestone in our country’s history.

I look forward to Saturday, as the start of the project to save our country and to realise the future that we all know is possible.