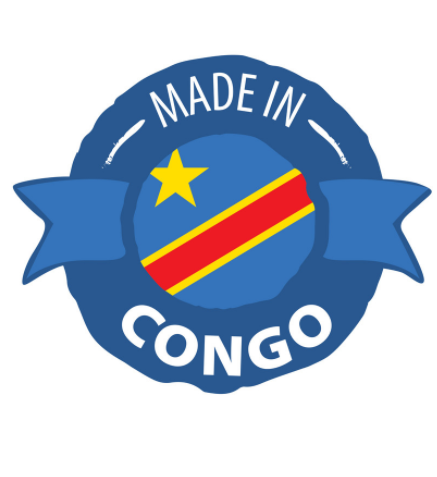 Memes have become expressions of contemporary culture worldwide, as people document their daily lives through images. The world of memes – the humorous images paired with text that mutate and spread rapidly, depending on how funny they are – remind us that humour is also contagious.

Cartoonists in Africa have also historically engaged their readers through the use of humour. Their expressions become fodder for conversations in public spaces like crowded buses and bars. In the colonial era, cartoons and popular paintings were instrumental in the struggle for independence in many African countries.

In postcolonial settings they continue to be mediums that covertly – and sometimes explicitly – mock and challenge abuses of power.

There’s some continuity when comparing memes to cartoons. But the anonymity offered by the virtual quality of meme circulation allows for a different kind of participation.

Photoshopped images of politicians in compromising situations – being caught with their pants down – offer a carnivalesque commentary on the arbitrariness of power. These images galvanise people to laugh at those in power, but also those who are subjected to it.

There are an estimated 5.3 million active internet users in the Democratic Republic of the Congo (DRC). But access to technology is limited to people with the financial means. Because censorship in the country is rife, the online sphere, with its anonymity, provides a platform through which power can be critiqued. The economy of circulating images represents a threat to a government that often shuts off the internet during electoral periods.

There has been an increase in academic interest about circulating digital content. But there’s been virtually no research exploring memes and other viral media in Africa. Beginning in 2017, we began researching memes and their circulation in the DRC’s capital city, Kinshasa.

This research has provided some insights into the cultural characteristics of digital images in the DRC. And also how they relate to larger anxieties about social change and foreign interventions and new forms of online connection.

Pondu, Versace and the Chinese

In many of the memes we collected there was a sense of self-reflexive laughter, an ironic self-mockery, that characterised the images. For example, one meme presents an image of Victor Hugo, a 19th century French author, superimposed on an image of a plate of pondu, a Congolese national dish, with a quote supposedly from Hugo himself: “A real woman knows how to cook Pondu.”

Another meme depicts a man in head to toe Versace print and a trolley stacked with luggage emblazoned with the luxury fashion brand logo. The caption: “When your Congolese uncle comes to visit for a week.” These images appeal to people living at home and abroad as they express cultural affinities through images (one might say caricatures) of Congolese culture. This one holds up the stereotype of Congolese people as obsessed with fashion.

There is a profusion of images depicting Chinese people. These range from light-hearted provocations about cultural stereotypes to some that carry more serious allegations of abuse of power. One meme we collected presents a Chinese-owned shop in the DRC featuring a mannequin mimicking a stereotypical Congolese silhouette. Others are suggestive of more serious racial stereotypes. For instance, a Chinese street-food vendor selling grilled rats is ridiculed in one meme. It bears the inscription, “Have you eaten yet?”

Digital content and other oral channels like rumours can become intertwined, and feed one another, which presents a potential danger. For instance, the image of a Chinese woman selling grilled rats might be read as legitimate news rather than a playful jab.

Images might be used to manipulate people’s attitudes, especially if people are not aware of the complexities of internet content production. This points to the importance of the promotion of internet literacy in the country.

There are growing assumptions that memes and viral content can alter opinions in a manner that many characterise as manipulation. New psychology studies have raised questions about the agency of the memetic receiver. They suggest that exposure to conspiracy theories is sometimes enough to significantly influence one’s belief. Take the proliferation of memes circulating across Africa about Chinese people. Many are intended to be comical, but others become vehicles of false information that can affect people’s perceptions.

Biological viruses can contaminate, but technology also becomes a means through which contamination can occur. Local belief systems of virality can converge with the notion that images themselves can be potentially virulent, infecting people’s minds on a literal level. For instance, it is not uncommon for a Congolese person to say, “Do not infect my phone with that video of yours. I do not want to be contaminated by those images.”

This particular statement speaks not as much to a digital virus as to beliefs about the power of images themselves. Given the threat of Ebola outbreaks, as well as the COVID-19 pandemic, language relating to contamination is particularly salient.

As more people, technology and ideas continue to circulate, anxieties about the proximity of others will continue to make themselves visible through the multiplication of narratives. These narratives now also appear in the memes that people make, circulate and laugh at.

It’s undeniable that the ambiguity of digital technology contributes to our relationships with others. Concerns over contamination, whether cultural or biological, will continue to breed and be fed by the digital domain, contributing to ambivalence towards structural forces circulating in the world.

As the technology used to access and create internet content becomes increasingly available to Congolese people, locally produced content will inevitably continue to multiply and interact with global trends as well as to critique the wider political sphere.