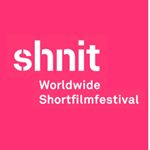 Fall into the Sky, a deeply moving, poetic documentary short, made an excellent appetiser in a feast of short films at a preview for Shnit, itself just a teaser for the upcoming festival, which runs from 17 to 28 October.

This documentary, by Akuol de Mabior and Christen Torres, uses poetry, performance and song to examine alienation and belonging from the perspectives of women of colour in South Africa. The perfect entrée, it gave us goose bumps and fired up our sensory receptors.

The rest of the films that made up this taster for the festival of films that range between 3 and 37 minutes in length gave us so many tastes of life in parallel universes: fun, shocking, confronting, intriguing and amusing.

The other worlds were often very close to home. One standout taste of the reality of the ‘invisible’ people all around us, Skaap, by Mzonke Maloney, delivers a powerful punch in just 5 minutes. The story of Esther, a middle-aged caregiver, who brings her daughter to help her in the physically demanding and quite horrific job of caring for a wealthy invalid Mr Herzog is listed as fiction but we know that it is pretty real and relevant. We know too well this is frequently the reality of poorer people living on the fringes of the rich, but we normally get to turn away.

Another of the 37 South African films being shown along with 100 foreign films that really hit home was Scenes from a Dry City, by Francois Verster and Simon Wood. The 13-minute documentary took us back a few short months to when Cape Town was gripped by the threat of running out of water and there was a lot of finger-pointing and turning on each other. It gave us a peak of a familiar topic through the eyes of our often-invisible neighbours. It is a shock to see a very heavy-handed police response to water use in the townships. The owners at a small carwash get very aggressive treatment, nothing like the softly-softly approach in the suburbs, where some people kept the sprinklers going on their lawns without even so much as a knock on the door from the boys in blue.

Sometimes we feel humbled by the view of the parallel reality; other times we just laugh. Camcopy by Rob Smith introduces us to Stephen, a guy who sells pirated movies but likes to think of himself as a rebel and an artist. He is pursued by two ridiculous anti-piracy agents, Van Zyl and Luthuli, from the fictitious Sapapa (the South African Police Anti-Piracy Agency). Much easier to watch, but not as compelling or interesting as the other two.

Afrika is a Country, by Frances Kroon, could be described as the main course in the reality section. A little hard to stomach, this disturbing 3 minutes of symbolism, rips hearts out of chests. A narrative about how the First World feeds off the Third is rich and heavy with violence, lust and greed.

Animation normally leaves me a bit cold but breaking up this feast of reality, as Hors Piste and Bacchus did, it was very welcome. Both felt like nice palate cleansers, particularly Bacchus, where we join a rather dull young woman on a sensuous ride as she is lured by Bacchus into a colourful and mysterious world to explore her deepest desires.

The Shnit programming team is representative in terms of race, age and sexual identity and the fabulous South African programme is more than 50% female-directed (9 of the 37 films are made and/or directed by women).

Standout international submissions include this year’s Oscar winner for Best Short Film, Skin, by Guy Nattiv, a gruelling and painful look at racism and violence in the USA. There is also Brotherhood, by Meryam Joobeur, a Tunisian/Canadian drama making waves around the world, including nominations and/or awards at Toronto, Sundance, Cairo and Durban International Film Festivals.

Screenings will be at venues including The Labia Theatre, Bertha House in Khayelitsha, 44 Long Street, Kelvin Corner in Woodstock. There will also be a family-friendly outdoor event at Battery Park at the V&A Waterfront on Sunday October 20 at 5:30pm.