In a stroke of creative mastery, a media company that is set to transform the music scene in Africa has helped a diverse group of African musicians create a hauntingly beautiful piece of music without ever meeting one another.

The nine artists, who were all carefully selected by the media company Bozza out of more than 200 applicants from across Africa, collaborated entirely over WhatsAPP.

From later this month Bozza will enable these and other artists to sell their music directly to fans using mobile wallets. This will allow music fans who don’t have internationally acceptable credit cards to buy content online. Importantly, it will also cut out the middleman, meaning artists will no longer get just a small share of the money their music generates.

The haunting beauty of the track, We Are One, which seamlessly combines languages, styles and traditions, belies the complexity of the process.

Last year Bozza put out a call for submissions for the project to its base of more than 10,000 African artists and the nine were chosen. They did not meet up, but created strong bonds through WhatsApp, chatting and sharing files as they collaborated to produce a single piece of music that represented them all.

The artists have totally different styles, from hip hop through rap and kwaito to traditional music. Some of the artists are up and coming in their countries with little experience or training, others are already established as icons in their worlds.

Zambian singer Mumba Yachi, for example, grew up steeped in musical tradition with a variety of influences. His mother sang in church while his father was a fan of various African artists, including Franco Luambo, Makaidi and Fela Kuti, as well as reggae legend Peter Tosh.

Determined to become an artist, Mumba learnt how to play the guitar at 16 and has gone on to become one of Zambia’s most beloved artists. His music has earned him recognition by the United Nations Development Programme.

Mumba’s music, folk-rooted with nods to Afro beat and world music, resonates strongly with his African roots and his values, from respect for nature to the importance of the continuing emancipation of women.

Bozza, which has established itself as a showcase for African talent, will be enabling artists like these to sell to fans anywhere in the world. Artists frequently get a raw deal, taking home a very small share of any revenues their music generates. This will soon change when Bozza introduces new payment options for consumers all over the world wanting to buy African music.

Bozza will this month roll out a service enabling artists to sell their content directly to fans, including those who do not have a credit card that is accepted internationally. They will be able to use mobile wallets, the predominant form of mobile payments in Africa, to buy content online.

The company has been working with international online services to sell the work of African artists, but said: “It often gets lost in the noise of the big names who dominate these marketplaces.”

Bozza’s online platform serves US and European markets, as well as African markets that demand contextually relevant content. Music is delivered to mobile devices including older feature phones. The company can distribute music and videos to any connected device, including more than 3,000 types of mobile phones, not just smartphones.

“By embracing mobility as a content delivery platform, emerging countries or continents can leapfrog developed economies, establishing a unique societal brand in a vibrant new industry.”

Bozza looks set to become the eBay for African music and film.

Listen to We Are One

The oldest of seven sisters, Scarlet grew up in a musical family, with her father playing guitar and her mother singing. Her earliest musical memories are of the jazz her father used to listen to.

A linguistics and literature graduate, it was taking part in a reality talent search that started her on her journey with the mic. Her debut album, Unforgettably Yours, was released in 2012.

Scarlet is a youth ambassador in a programme run by the U.S. embassy in Zambia, a member of the Lusaka hub of the World Economic Forum’s Global Shapers initiative and a brand ambassador for the Kayula Childhood Cancer Foundation.

She describes her music as “an eclectic mix of jazz, soul, Afro beat and funk sitting on catchy melodies and carried by strong vocals … a yummy mixture that we like to call Afro funk music”.

Seun, the co-ordinator of ExTasI band, has built his musical canon within a variety of contexts, from dance through therapeutic to hymnal and choral.

Seun describes his band as “uncommon thinkers who are also recording artists, scholars and directors [who are] set on a phrenic and theosophic quest that stretches music beyond aural sensibility into the threshold of touch, sight, taste and smell”. 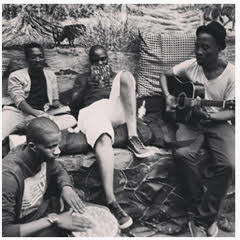 Winners of MTV’s Kick Start My Band Into Gear competition 2015, BlaQ2sday switches confidently between genres, from jazz through trap and electro to hiphop, house, funk, rock and dubstep.

Founded by Tshitso Makunyane and Mkhulu Tshabalala in 2011, BlaQ2sday was later expanded to include Pitso Mofokeng, Molefe Sefatsa and Thabo Moralo, who started as the band’s photographer but is now a percussionist.

Dedicated to live performance, the band describes itself is “oozing inspiration to keep on creating what makes the world go round: music!”.

Mumba Yachi grew up surrounded by music. His mother used to sing in church and his father was a fan of various African artists, including Franco Luambo, Makaidi and Fela Kuti, as well as reggae legend Peter Tosh.

Mumba, who learnt to play guitar at 16, was determined to be a musician. He is now one of Zambia’s most beloved artists and has been recognised by the United Nations Development Programme, having been selected to be a music ambassador for the HeForShe global campaign that encourages men and boys to be part of the cause to empower women.

Mumba’s music, rooted in folk with hints of Afro beat and world music, resonates strongly with his African roots and his strong sense of humanity, touching on topics close to his heart such as respect for nature to the emancipation of women.

Cape Town-based Rheebongs started writing and rapping in 2003 after falling in love with hip hop during his high school days.

The co-founder of M4M Records, an independent record label aimed at grooming and training upcoming artists from Cape Town, Rheebongs is considered as one of the pioneers of Spaza music.

Rheebongs was recognised by Bozza.mobi, which offered him a digital distribution deal, making him one of the first hip hop artists from Cape Town to release music digitally.

Maureen, who started her musical career as a teenager, has 35 years in the music industry and five albums to her name.

She is backed by Ashilile, a band of six instrumentalists that plays a fusion of traditional Zambian and western music.

Maureen has collaborated with and shared stages with a wide array of artists, from the Malmo Symphony of Sweden to Baaba Mal of Senegal, as well as Seal.

Among many awards and accolades, Maureen has won CEO Africa’s Most Influential Women Awards for Arts in Zambia and the SADC region. 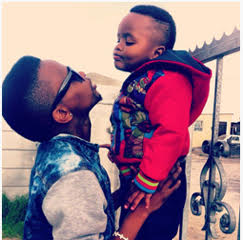 Buntu Jobela, pictured, who hails from Cape Town, is a self-taught artist who has developed his work from spoken word to hip hop.

This very talented young man is gaining a significant following with his powerful work, which is layered with thought and meaning.

Not a lot is known about him but he is certainly building a following.

This talented young man is tipped is one to watch!

Teasar was born in Jamaica to Nigerian parents, which makes for a rich combination of musical influences.

The self-taught artist started making music at 11. Now, as the Nigerians say, he hustles his way in the music scene and works with great sound engineers and producers, creating music played in clubs.

The hip hop recording artist and songwriter Atanga Schneider Ngomah aka Ngoma’s love for music began at a very young age, his parents and four siblings providing an early audience.

His unique sound combines local sounds from the 90s with contemporary urban style, with rap in four languages – English, French, ‘Pidgin’ English and Ngemba (his native tongue) – adding to the mix.