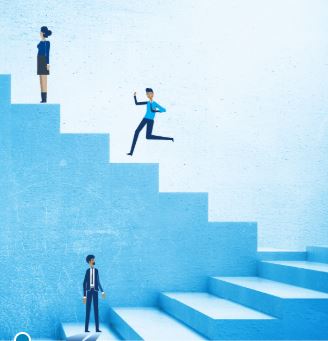 Analysis of new data from the Association of Savings and Investment South Africa (ASISA) shows that South African investors are voting with their feet, “rather than being led astray by a conflicted industry”, says Steven Nathan, founder and chief executive officer of 10X Investments.

The data for the first quarter of 2020 and the 12 months to the end of that quarter show that “the structural shift away from active investing to passive funds is finally (and firmly) under way in South Africa”, says Nathan.

“Just as the Great Financial Crisis of 2008 was an inflection point in the trajectory of passive investing in global markets, so the Covid-19 market crash looks like a key moment in the inevitable shift away from active fund management in South Africa.”

Looking at the Multi-Asset High Equity category, the largest single sector, with R535 billion in assets under management, the periods under review saw outflows (disinvestments) exceeding inflows (new investments). Net outflows for Q1 2020 were R5.1 billion, and for the 12 months to March 31 were R20.3 billion.

It is worrying, says Nathan, that assets are shrinking. That means less money is being committed to savings, which is a key driver of investment that, in turn, leads to economic growth.

But, he pointed out, there was better news within the Multi-Asset High Equity category where investors were moving into index funds and divesting of active funds. Active management saw net outflows for each of the last four quarters, he said, totalling R27 billion. Passive, on the other hand, had seen net inflows for each of the last four quarters, for a total of R6.7 billion in inflows.

These findings (in analysis by 10X Investments of data released by the Association of Savings and Investment South Africa, ASISA) are accentuated by the fact that only 15 of the 250 Multi Asset High Equity funds are classified as index-tracking, representing merely 5% of assets in the class. The bottom line is that passive funds have punched well above their weight in these difficult times.

The 10X Investments High Equity Fund was a standout performer in Q1, recording net inflows of R524 million, the highest of all index funds, and well ahead of second-placed Satrix Balanced Fund with R244 million of inflows. The 10X fund experienced net inflows of R1.5 billion for the 12 months to end-March.

The trend out of actively managed funds and into index funds has been under way globally for quite some time. The first index mutual fund, named the First Index Investment Trust, was pioneered by the late Jack Bogle in 1976. It was originally dubbed Bogle’s Folly after, the story goes, managing to raise only $11m of the $150m target at launch. But within a decade it had raised $1bn and today the renamed Vanguard 500 index fund manages close to $500bn.

Today, index funds have almost reached parity with actively managed funds in the US stock market [some say they have already]. Investors have put $4.305 trillion into passive US stock market funds as of April 30, only $6 billion shy of the $4.311 trillion overseen by active US equity funds, according to Morningstar.

South Africa has historically lagged the US and Europe in respect of passive flows. To see this trend taking hold in a volatile quartile is an indicator of investors’ endorsement of these products. Or, in Nathan’s words, evidence that investors are “voting with their feet rather than being led astray by a conflicted industry”.

Standard and Poor’s provide a bi-annual S&P Indices Versus Active (Spiva) scorecard, which analyses the aggregate performance of active funds against a suitable benchmark. The latest Spiva scorecard shows that over the five years to the end of December 2019, 61% of actively managed funds failed to outperform the South Africa Domestic Shareholder Weighted benchmark and 93% failed to outperform the S&P South Africa 50 benchmark.

“Just as index investing in the US really took off after the 2008 Global Financial Crisis, when investors finally realised that active managers could not protect them in a market crisis, as they had long promised they would,” said Nathan, “this crisis could prove to be the tipping point in SA.”