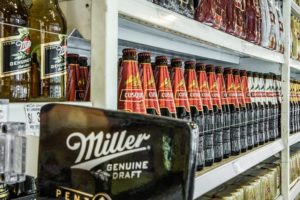 Some bad news is emerging around the AB Inbev-SABMiller merger with the pound’s so-called flash-crash having knocked quite a bit of value off the deal for South African shareholders. The transaction will complete at a significantly lower exchange rate than when it was agreed (something like R18 to the pound instead of R22).

There is some sadness for brand-conscious South Africans too, SAB was a brand that we were all proud of and now it is no more.

So it is nice to note that there is a bright side too. The deal, which is worth more than U.S. $100 billion, is an excellent example of action by South Africa’s competition authorities transforming a transaction that was set to benefit a group of shareholders into a deal designed to benefit society at large.

Talking to Call Off The Search on the sidelines of the 10th annual Competition Law, Economics & Policy Conference in Cape Town, South Africa’s Minister of Economic Development, Ebrahim Patel, said: “When it was first announced … we said we were not excited about the deal.”

He said it was clear that shareholders would benefit from the transaction, but “we saw no value proposition for South Africa”.

Patel noted that the authorities’ interest in a developmental outcome was further magnified by the fact that SABMiller already had an effective monopoly in South Africa.

“They were by far the largest producer and distributor of beer in SA,” he said. “AB Inbev was simply taking over an existing monopoly.”

So the challenge was put to AB Inbev to re-engineer the deal in a way that there would be positive benefits for South Africa. Patel said a few areas, including employment, were identified.

It was also decided, the minister added, that ways needed to be found to stimulate employment outside of the beer brewing sector.

“That led to an agreement where the company is putting R1 billion on the table to develop local suppliers.”

Currently the beer brewing industry in South Africa is a net importer of hops and barley, the inputs that go into beer. This should soon change thanks to a challenge the competition authorities gave AB Inbev in place of a simple nod of approval for their merger. 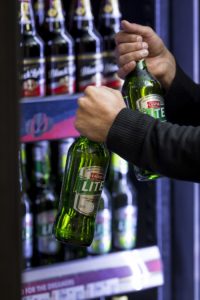 “The challenge we gave AB Inbev, the challenge they have accepted, is over the next few years to work to bring small-scale farmers into the supply chain,” said Patel.

As a result, AB Inbev has promised to bring 800 new small-scale farmers into the production of beer inputs. At the end of this period, the minister added, the aim is for South Africa to be a net exporter of the inputs that go into beer in the form of value-added malt.

“The state needs to see mergers as opportunities to advance a broader programme,” said Patel.

In the SAB Miller-AB Inbev case, Patel said, “we found an agreement that is significantly better than had there been simply an approval without conditions”.