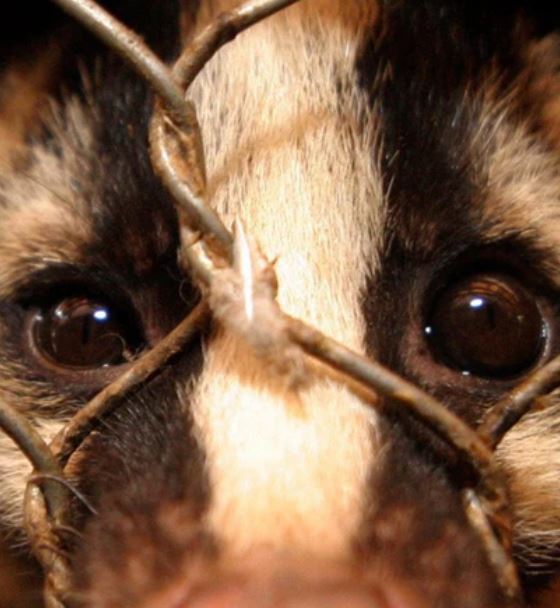 There will be few positives to take from coronavirus. But the global pandemic may yet prove to be an important moment in the attempts to address the illegal wildlife trade.

The media has generally concentrated on effects rather than causes, in particular the global implications for public health and economies. But it is also vital to unravel the timeline of the pandemic and categorically determine its initial cause.

What we do know to date is that the epicentre of the disease was in the Chinese city of Wuhan, an important hub in the lucrative trade in wildlife – both legal and illegal. The outbreak is believed to have originated in a market in which a variety of animal-derived products and meats are widely available, including peacocks, porcupines, bats and rats. It’s also a market where regulatory and welfare standards are rudimentary at best.

Some of this trade is legal under Chinese domestic law but the existence of a parallel illegal trade – often within the very same market or stall – allows some traders to launder illicit wildlife products into the system. This situation is very difficult to regulate and control.

We are also reasonably certain that the spill-over event involved the crossover of the virus from animals to humans, similar to the situation with previous contagions like the Ebola and SARs viruses. In each of these cases, the existence of large, unsanitary and poorly-regulated wildlife markets provided an ideal environment for diseases to cross over between species. In a country like China, where wildlife consumption is so deeply embedded in culture, such contamination can, and did, spread rapidly.

The Chinese government has long advocated a “sustainable utilisation” approach to the country’s wildlife. It nonetheless responded to the current crisis by enacting a temporary ban on such markets, effectively closing down a significant sector of its domestic wildlife trade.

In the longer term, the pandemic may provide the impetus to properly address the issue. This is because, while the illegal wildlife trade was once criticised almost purely in terms of conservation, it is now also being considered in relation to broader themes of biosecurity, public health and economic impact.

It is only in the wake of the COVID-19 outbreak that the full scale of China’s industry is emerging, with the temporary ban covering some 20,000 captive breeding enterprises and 54 different species allowed to be traded domestically. A report by the Chinese Academy of Engineering estimates the wildlife farming industry is worth around US$57 billion annually. These breeding centres are allowed to operate under loopholes in Chinese domestic law, arguably against the spirit of the Convention on International Trade in Endangered Species of Wild Fauna and Flora.

The parallel illegal trade is less easy to quantify, but globally it is valued by the UN at around US$23 billion. Given the resulting pandemic could cost as much as US$2.7 trillion, even on purely economic grounds there is a strong case for increased regulation.

There are compelling arguments for dismantling the trade anyway: animals are kept in abject conditions, and the trade hastens their demise in the wild. But in China the temporary ban remains just that – temporary. Critics argue that we have been there before with SARS and once the dust settled on that particular outbreak, China resumed business as usual.

What would seriously tackling the wildlife trade actually mean in practice? First, breeding centres for endangered species like tigers or pangolins would be permanently closed. This would make it much harder for their products to be laundered through legal channels and sold as more valuable “wild-caught”. Enforcement agencies currently need to monitor these centres closely to check against laundering, and shutting them down would free up resources to disrupt the supply of illegal products entering China from outside.

Such a move would also help reduce demand. Public education campaigns tell people about how the wildlife trade (both legal and illegal) harms endangered species, but the message is mixed: the presence of a parallel legal market still provides such products with legitimacy and sends a message that it is OK to purchase them, thereby increasing rather than decreasing demand.

In any case the new Chinese ban excludes products such as tiger bones that are used in traditional medicines. Some conservationists and activists are concerned that this exemption will lead to legalised trade under the assumption that better regulation will protect against future outbreaks. This argument is extremely difficult to validate and most conservationists continue to favour blanket trade bans.

Another worry is that, given humans have short memories, once the danger has passed public concern will turn to the next big problem. COVID-19 clearly represents an unparalleled opportunity to combat the wildlife trade, and ensure that animal-borne diseases do not mutate and cross over to humans. But only time will tell whether this opportunity will be taken or put off once again until the emergence of the next – perhaps even more virulent – pandemic poses an even graver global threat.

Please take 5 minutes to complete this survey about Covid-19/coronavirus in South Africa. This survey is being run by All-Told, which compiles the respected annual Brand Atlas report about SA. All-Told wants to track how the virus is impacting lives in towns and the countryside, suburbs and settlements. If you complete the survey you will be sent free links to the findings. Click Here