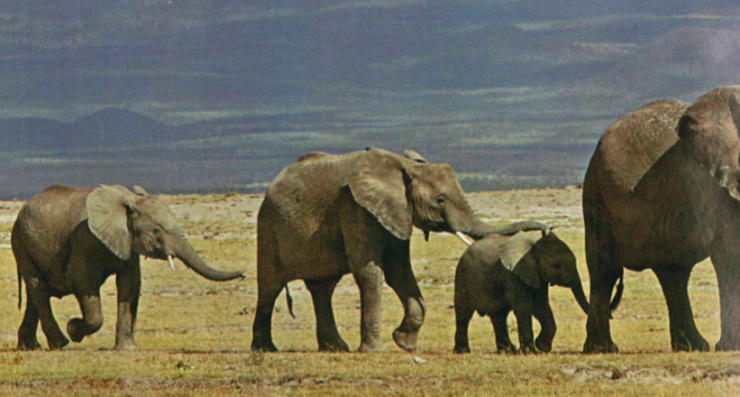 It’s a funny old time. It feels like Mother Nature herself – tired of centuries of pleading and issuing warnings – has had enough. The below article, by Craig Bishop, which has haunted me a little since I read it in late 2009, keeps drifting into my consciousness as I have reflected on life before and life after Covid, and what it might all mean

So here we are on the cusp of midnight, sitting at the polished wooden bar of the Kilaguni Serena Lodge in Tsavo West Game Reserve. The witching hour is upon us and the bar is deserted, save for two lone journalists and a seen-it-all-before barman. The bar overlooks a conveniently-placed watering hole, surrounded by spotlights, which throw a greasy, green gloom on the forest line.

I am in full swing, bemoaning the complete lack, yet again, of that rarest, most elusive game-viewing beast, the coach-load of female Swedish journalism students. And maybe a blonde photography student for lan, the cameraman.

You see, we have travelled countless miles, lan and I, from the Kafue to Kokstad, from seven-star elegance to one-star drudgery, ever in search of the story, always believing in the myth of the coach and its load. But a myth it remains and, time and again, we are reduced to arguing like an old married couple – about politicians and pimps, angels and accidents.

Mid-rant a blur in the treeline catches my eye. Elephants at midnight? Yawn. Yes. They really are becoming a bit passé. From Amboseli to Tsavo, we must have seen at least 200 ellys: in swamps, in bushes, silhouetted against Kilimanjaro, big ones, little ones, tickle-me-under-the-belly tiny tots still getting to grips with their noses.

But something is different about these elephants. The crickets stop chirping and a lone waterbuck snorts warily, shuffling its furry hooves in the gloom. The land seems to freeze. Like grey wraiths, about 30 ellys emerge, single file, from the night.

Pius, the barman, looks up from slicing lemons and inhales sharply. Three mornings ago, he whispers, gently laying down his knife, at about 6am, an old elephant bull came to this watering hole, had a drink and then keeled over. Dead. Right in front of the horrified gazes of the breakfasting tourists.

The lodge staff brought out a Land Cruiser to try to drag the boulder-sized eyesore away from the disapproving glares of dollar-rich wageni, but not even Toyota torque was designed for such a load. In the end, the staff resorted to a bright yellow Caterpillar loader and hauled the offending carcass away, surrounded, Pius tells us, by a herd of trumpeting elephants.

“I myself had to carry a tusk,” he boasts. “It must have weighed 40kg. And every night since then, the herd has come to pay their respects. They think the humans killed their friend,” Pius shudders.

Pius is right. The herd gathers at the banks of the watering hole. Not a single grey behemoth so much as glances at the dark water. It’s unclear whether they associate the death of their family member with the watering hole.

Their eyes are all fixed firmly on the lodge, on us. One by one, they take turns to trundle forward and caress the ground with their trunks, smoothing over the sand, kicking up clouds of dust with suddenly dainty feet.

A tiny calf is nudged forward by its mother. It gambols excitedly, before remembering the solemnity of the occasion. It too sweeps its trunk over the scuffed soil, before darting back under its mother’s legs, peering out from the fortress of maternal love.

Half an hour whips by. Ian and I are transfixed, dumbfounded – able only to hiss in appreciation. We are lulled perhaps by the rumble of low-level acoustics emanating from the grey bellies, sending out a primeval message of pain and bewilderment across an ancient land.

After a group huddle, the herd seems to shake off its despair. They start off down the same trail where their friend was dragged. All except for a lone bull, who stands shaking his head and waving his trunk. Is it too much to suggest that he is crying?

The herd pauses and three family members break away, returning to the lone bull, nudging him with their enormous shoulders, laying their trunks across his back and snorting softly. He refuses to leave and the herd mills around in confusion.

Then, at some silent command, the lone bull raises his trunk skywards and holds his pose. Two young bulls raise their trunks and the herd walks again, vanishing like lost souls into the gloom.

As we sit entranced, tequilas forgotten, another old, solitary bull emerges from the trees. His tusks are shattered and tears from his rheumy eyes scorch black tracks down his scarred face.

He lurches forward to the exact same spot and raises his trunk high, glaring at the lodge, at us. His ears are pinned back and he issues a trumpeting challenge in the night.

He tastes the soil sadly and seems to sigh , then turns and lopes into the blackness.

The spell is lifted and the waterbuck carries on munching. The crickets chirp their insane song.

The tourists pay top dollar to see such raw sentience, but they are all asleep now. The press contingent are all tucked up, dreaming of sound bites and money shots.

The next morning, something has changed. The tourists still simper at the enormity of Africa and the clouds still wheel under mackerel skies. Life goes on, but we know that for a brief moment, this part of Africa hushed in awe of the passing of a king.