Zambia, a reason to be thankful 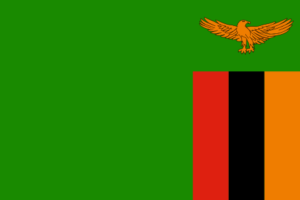 “Zikomo”, the local way of saying thank you in Lusaka, always evokes a smile when said by a foreigner, Zambians rightfully laying claim to the title – Africa’s Most Patriotic Nation.

The colours of the national flag are in evidence everywhere. From taxis and buses to public dustbins and even curtains in homes, the Zambian national colours are worn with pride. Once I heard the national anthem – which is similar to South Africa’s, bar the lyrics – as a local guy’s mobile ringtone. This is something I am yet to witness in my own beloved SA.

I got a sense of this patriotism travelling to and from meetings and staying in an upmarket hotel in the capital city, but after four days of seeing just snippets of real local life I was dying to venture out of my comfort zone and experience the city. Two local guys, Matthews and Clearance, who had attended the conference I was at, offered me a taste of Lusaka’s nightlife.

I was especially keen to challenge my taste buds with Zambia’s traditional food. And boy, did Kisumu restaurant dish it up! The eatery, in a local traders’ complex in Lusaka, serves a generous buffet of traditional food. Choices included “bush” chicken, goat meat, beef stew, soup, sun-dried fish, as well as fish with coconut, spinach, some wild vegetables and the famous three types nshima (what we call pap in SA).

Wash this all down with local beer, Mosi lager (four percent alcohol level), and before you know it you are speaking Nyanja or Bemba. These Nguni languages contain many phrases that will be familiar to South Africans, such as “hlala phansi” (sit down) and “manje” (now).

From Break-Point to Hollywood City, the biggest nightclub in Zambia, we criss-crossed the city with streets in darkness owing to what seems to be permanent load shedding. I soon realised that this God-fearing nation parties hard, fuelled by buy-one-get-one-free beer deals that last all weekend.

My earlier impressions that Zambian women were conservative and always wore long dresses that revealed little were quickly proven wrong on this jaunt. When we left at around 4am people were still disappearing into various drinking holes all around the city.

It all felt familiar and safe. In many ways, Lusaka feels like a South African city, just a long distance away.

One of the challenges I always face when travelling within the continent is the exchange rate conversion. To simplify this, I take the (rather temperamental) rand out of the equation. I ask how much one US dollar would get me of the local currency. In Zambia, $1 buys 10 Kwacha. Sorted. Time to go shopping. 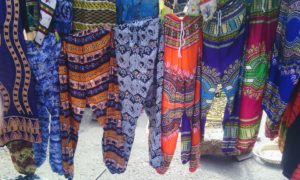 Zambia prides itself on its African textiles. I didn’t want to leave the Arcades Shopping Mall, my mood buoyed by the explosion of colours and designs. Prices are reasonable too.

Outside of the market, things are not always so bright. I often had an unsettling feeling, as I frequently do when traveling on the continent, that South Africa is an exception to the African poverty narrative .

The country is certainly seen as a super developed country, with many wishing to move “Down South”. Very many Africans are impressed with things including our “speed-train” (the Gautrain) and when they hear of South Africans complaining about anything at home we are seen as spoiled brats who have had too much candy growing up.

But the thing that makes me feel the most concerned when travelling elsewhere in Africa is our high crime rates. Two African cities I have visited this month put us to shame. Kigali, in Rwanda, is probably the safest city in Africa at the moment, and Lusaka is not far behind.

We South Africans have so much to answer for as to why we are such a violent and crime-crazy lot.

So, when I misplaced my phone and one of the ushers at the conference I was attending found it and returned it to me, my best gratitude could only be expressed with “Zikomo”.