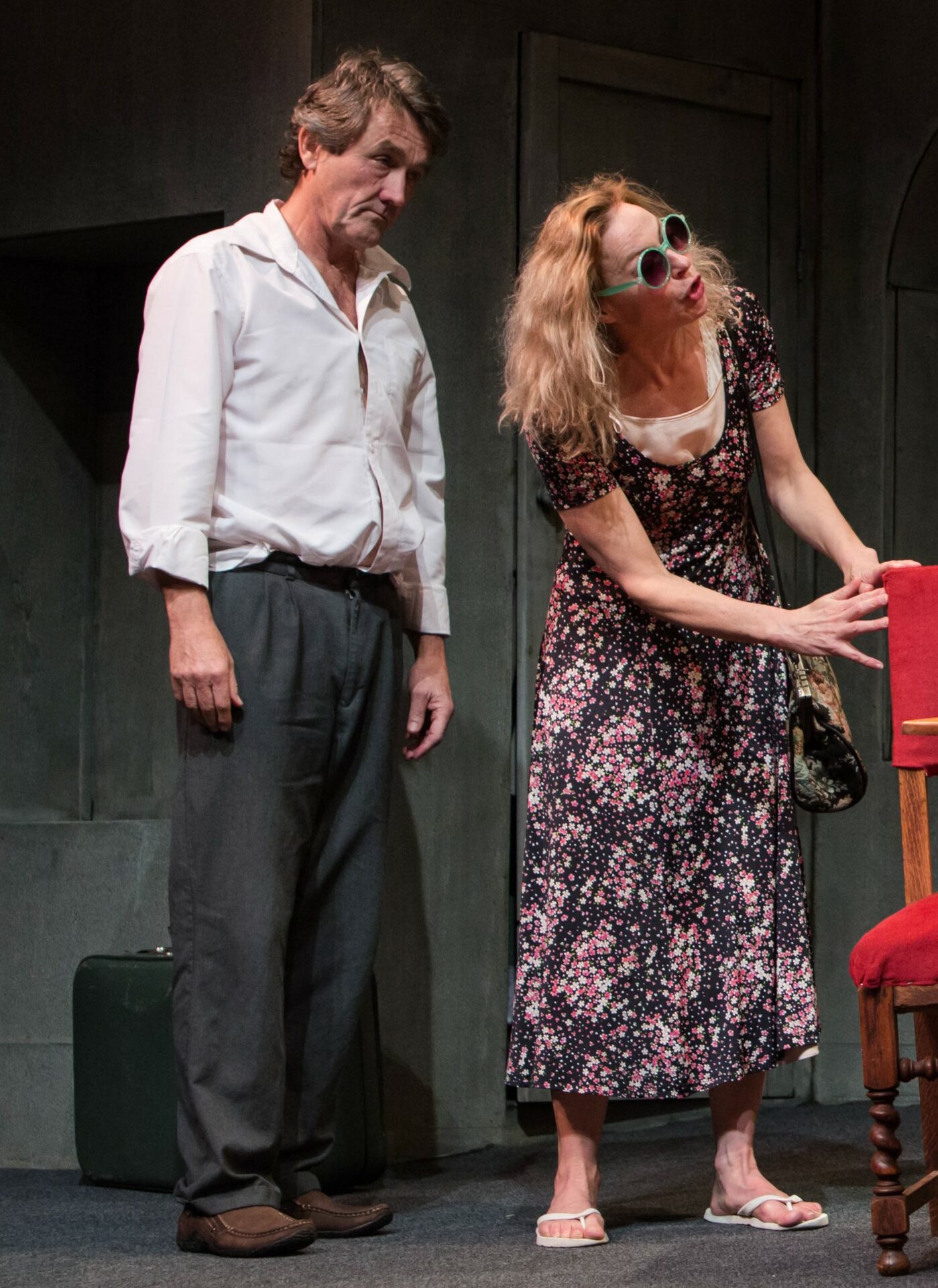 Riveting performances in Lara Foot’s new play, The Inconvenience of Wings, which opened at the Baxter Theatre on Thursday night, leave the audience feeling totally exposed in more ways than one.

Jennifer Steyn, Mncedisi Shabangu and Andrew Buckland leave it all hanging out, literally and metaphorically, as they explore addiction, co-dependency and fully fledged mental illness in a show that could leave the toughest of cynics feeling quite vulnerable.

It is hard to take your eyes off Jennifer Steyn, as Sarah who suffers from bipolar disorder, as we watch her becoming unhinged onstage.

Sarah’s husband, Paul, played by Andrew Buckland, is a character who will be familiar to many. He is the adoring partner who sacrifices his own happiness rather than abandon Sarah. This character, more familiar in real life in the female form, will nonetheless be very familiar to most.

James, played by Shabangu, is a close friend of the couple who happens to be a psychiatrist. He is a confidante to both husband and wife and perhaps their last remaining friend. James struggles to cope with his own feelings of love and loyalty to the two, his professional opinion and, most of all, being the focus of Sarah’s sometimes uber-sexual manic episodes. Shabangu plays this role with aplomb, his steadiness regularly pulling the audience back from the edge; his impeccable timing ensuring this happens only at the last moment.

We are left exposed because, as James tells Paul in a very powerful moment, we all have our addictions. It may be booze, medication, love, sex, each other … perhaps we are just addicted to the drama of it all.

This thought-provoking show will likely challenge all but the most innocent and young. Naivete aside, I would have preferred the characters to stick to baring their souls, and found the nudity to be gratuitous.

The Inconvenience of Wings, which debuted at the 2016 National Arts Festival in Grahamstown, is on at the Golden Arrow Studio at the Baxter Theatre in Cape Town until August 13. –