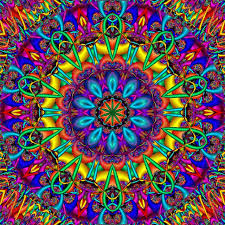 A little something on a wintry morning from Call Off The Search favourite Alex Dodd … which made me wonder about words, printed and otherwise … could we feel our feelings without them?

Yesterday we visited Kalk Bay Books in its beautiful and inviting new space on Main Road.

I came away with Michael Pollan’s ‘How to Change Your Mind: The New Science of Psychedlics’, of which Oliver Burkeman of The Guardian writes, ‘A sweeping and often thrilling chronicle of the history of psychedelics, all interwoven with Pollan’s adventures as a psychedelic novice. This is a serious work of history and science, but also one in which the author, under the influence of toad venom, becomes convinced he’s giving birth to himself.’

I haven’t taken psychedelics since the late 90s, but I’m fascinated by new research into the liberating potentialities in micro-dosing and psilocybin.

In plants we trust!

I also treated myself to the latest Granta 150: There Must Be Ways to Organise the World With Language, which features pieces by Sidik Fofana, Amy Leach, Mazen Maarouf, Carmen Maria Machado, Tommi Parish and Che Yuen.

Photographer Michael Collins chronicles his mother’s life following a series of strokes, Oliver Bullough investigates the invention of shell companies in the (so-called) British Virgin Islands and Andrew O’Hagan visits Carolyn, Neal Cassidy’s widow. What cinched it for me though is Pwaagulongii Dauod’s eulogy for the late Kenyan writer Binyavanga Wainaina. (And I thought Dodd was a tricksy surname!)

At the checkout desk, I was thrilled to spot a pile of Vrye Weekblads. Blast from the past! But with a bold new cover design showcasing an artwork called ‘Nomad’ by artist and architect Rene Roussouw.

Having grown up in Durban, my Afrikaans is shaky at best. I used to get some good practice during my Jo’burg clubbing days, when I had a bunch of friends who just spoke freely with me and didn’t give a toss if my sentences came out mangled and weird. That’s the way to learn languages – to have the courage to just sommer praat!

But for the time being, I’m going to work on my vocab by reading the Vrye Weekblad, which has some great looking articles in it. I’ll start with the one about Moshoeshoe, the philosopher king who united the Basotho people on Thaba Bosiu during the hell times of the Difeqane in the 19th century, and from whom we could learn a lesson or two today about inclusiveness and friendship.

With so many publications folding in the wake of the pandemic and the increasing domination of digital (I’m all for digital, but not digital totalitarianism; diversity of forms and modes is life itself), it buoyed my heart to encounter the resuscitated and vital Vrye Weekblad back in circulation again – and for free!