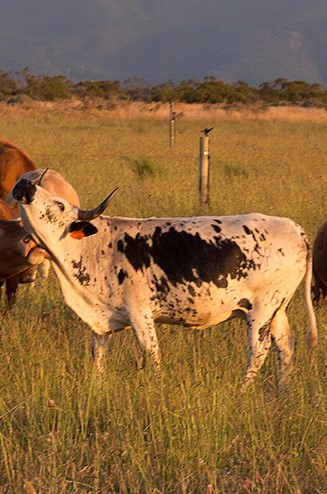 Workers at the Spier estate in Stellenbosch in South Africa’s winelands will have a little extra to spend this Christmas after the farm decided to divide a portion of cash earned via carbon credits.

Spier announced on Tuesday that it would give 27 workers a share of half of the R204,000 earned for practising regenerative farming on part of the organically certified wine farm through a climate change mitigation initiative.

“The farm has acquired the credits for sequestering 6,493 tons of carbon dioxide in its soil, which is cultivated in as natural way as possible by using regenerative farming practices like high density grazing,” says Spier Wine Farm’s livestock farm manager, Angus McIntosh.

“This is a technique that involves frequent stock rotations aimed at using livestock to mimic nature by restoring carbon and nitrogen contained in livestock and poultry urine into the soil profile.”

The conversion of grasslands and forests to crop and grazing lands across the globe has resulted in losses of soil carbon, which accumulates through photosynthesis as plants absorb carbon dioxide from the atmosphere. When land loses its cover of natural vegetation and becomes degraded through practices such as intensive agriculture and the use of chemicals, carbon escapes into the atmosphere.

Spier’s credits were bought by a South African bank, brokered by Credible Carbon, a business that facilitates carbon trading through credits earned for reducing greenhouse gas emissions and global warming. Spier said the office of the premier of the Western Cape, Helen Zille, was among institutions that had bought credits.

Livestock farming on Spier is done using high-density rotational grazing practices alongside the vineyards. A total of 74 hectares of pastureland supports about 300 cattle, 4,500 laying hens, 1,200 broiler chickens, pigs and sheep.

“The presence of a great many animals in a confined space for a short period of time deposits enormous amounts of manure and urine on the land, leading to healthy, vigorous pasture growth without the need of fertilizer,” said McIntosh.

“No inorganic fertilisers nor grains are used as animal feed, thereby disassociating the farming practice with industrial agriculture.”

Soil samples from the livestock farm were tested over an 18-month period by a leading U.S. laboratory. “They confirm a significant and rapid enhancement of soil organic carbon over this period,” according to Credible Carbon.

Spier Sustainability Director, Heidi Newton-King, said this initiative added to the farm’s sustainability and underlined the fact that regenerative farming was not only good for the environment but made good business sense.

“We now have a sixth revenue stream from carbon credits in addition to our other five, from sales of beef, chicken, eggs, pork and lamb,” Newton-King said.