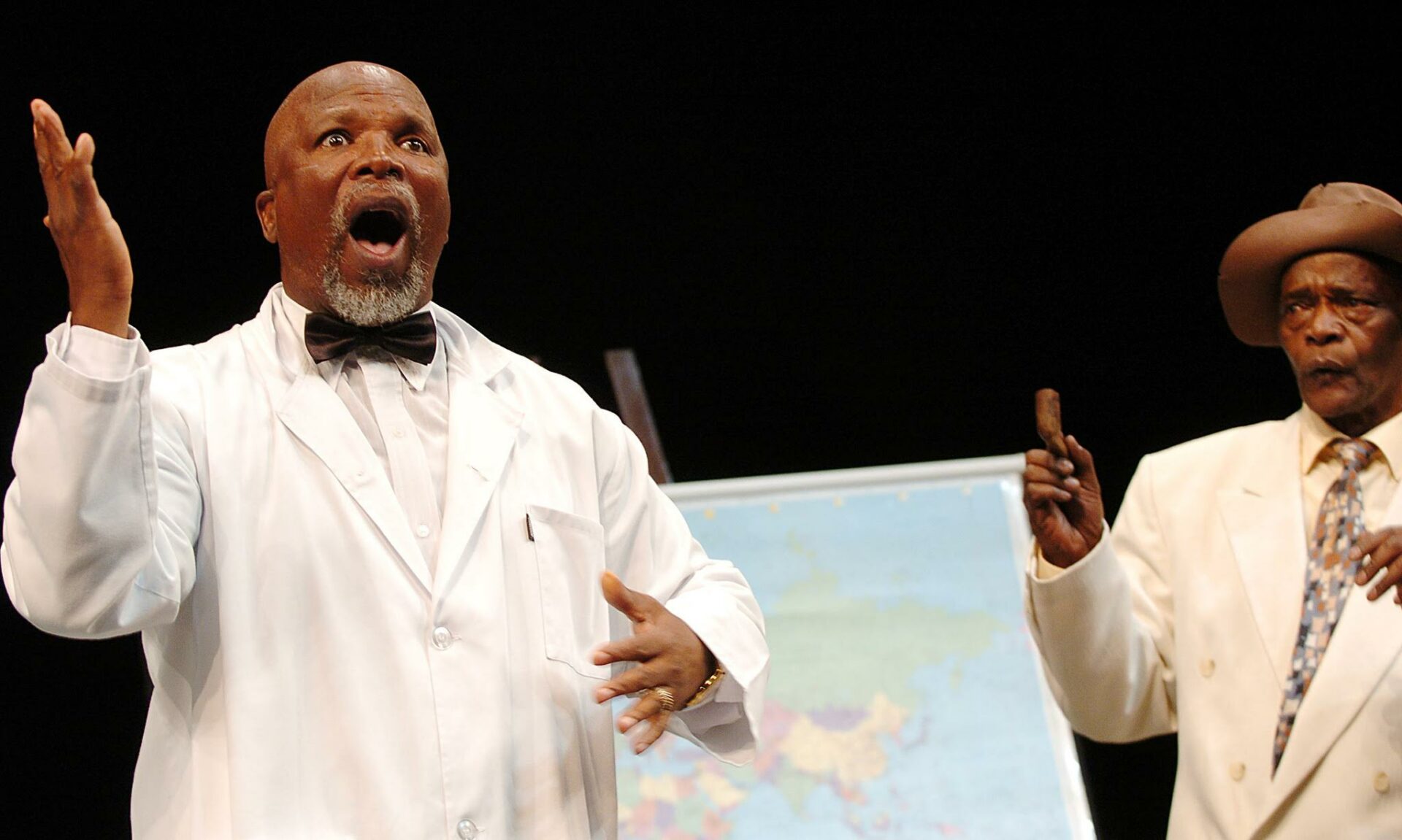 At a gala event that honoured Dr John Kani – giant of the theatre, at home and abroad – with a Lifetime Achievement Award also saw the Zabalaza Theatre Festival celebrated for their contribution to the development of new South African work.

Kani received the award for his vast contribution to theatre over a long and illustrious career.

Zabalaza Theatre Festival was given the Award for Innovation in Theatre for their contribution to the development of new South African work by providing a platform for artists who want to venture into acting, stage management, writing and directing.

The Zabalaza commendation described the festival as having begun its journey as a community theatre festival before growing into a community of theatre, of writers, theatre makers, actors, audience members and  musicians.

“If you want to take the temperature of a nation, read its literature; if you want to measure its heartbeat, watch its theatre.”

“For six years the heartbeat of community theatre has been pulsing at the Baxter theatre. If you weren’t aware of what was on the heart and minds of the majority of the country a day watching the Zabalaza programme would have put you in touch with what matters,” the commendation read.

Awards were presented in 18 different categories with winners receiving R15,000 and a newly designed silver medallion. They were chosen from 86 productions in 2015, with Samsa-masjien and Orpheus both garnering a clutch of awards.

In addition, 66 student performances were considered for the Most Promising Student Award.

The event was hosted by Africa Melane together with Lynelle Kenned, who also won the award in the category Best Actress in a Musical for her role as Maria in the Fugard Theatre’s production of West Side Story. The evening concluded with jazzy and contemporary vibes by live jazz band Breakfast Included.

The event showcased a fusion of cultures, food and wine, incorporating the awards’ role in the growth of South African theatre. It was a celebration of the partnerships over the past 51 years between theatre spaces, actors, creatives, technicians, Fleur du Cap wines and the Distell Foundation, both sponsors of the awards.

BEST PERFORMANCE BY A SUPPORTING ACTOR IN A PLAY
Sven Ruygrok for Epstein: The Man Who Made the Beatles as This Boy

9.BEST PERFORMANCE BY A SUPPORTING ACTRESS IN A MUSICAL OR MUSIC THEATRE SHOW

Jill Levenberg for Orpheus in Africa as Lucy Moten

AWARD FOR MOST PROMISING STUDENT
Kiroshan Naidoo from UCT