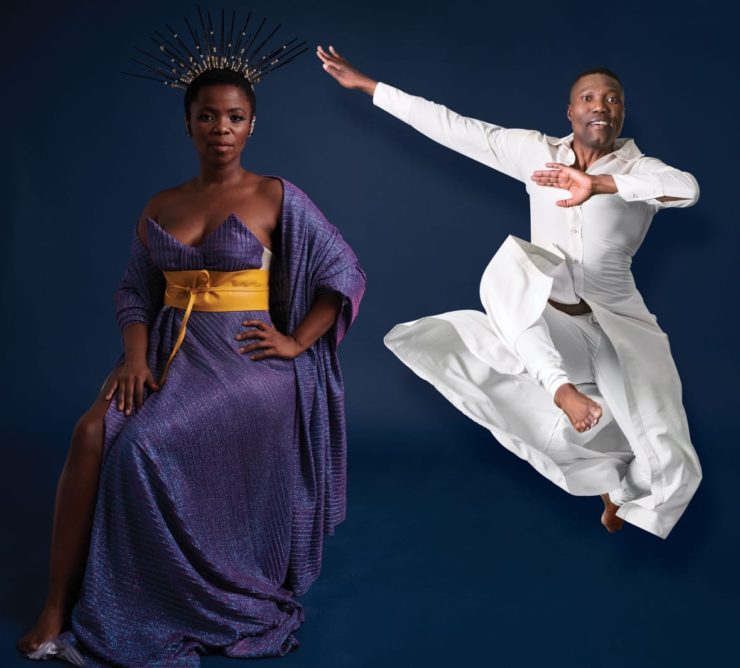 In what is sure to be Cape Town’s biggest post-Covid Coming Out party, the Baxter Theatre’s post-lockdown opening production will be a specially commissioned show featuring our very own performing arts aristocrats, Zolani Mahola and Gregory Maqoma.

The short season of Baxter Back on Stage runs from November 3-7 with Covid protocols meaning that only a limited number of tickets will be sold for all performances.

The opening night will be a gala event with dinner, drinks, sparkly dresses and Marc Lottering as emcee. UCT vice chancellor Professor Mamokgethi Phakeng will host this evening for invited guests (and a few lucky members of the public who snap up a few tickets that are for sale).

This will be the first time these two internationally revered artists, Maqoma and Mahola, will appear together. The collaboration will showcase brand new work from both artists.

Describing the show as a “coup for the Baxter”, Lara Foot, CEO and artistic director, said: “I can’t think of a classier act. We are honoured to have these two creatives and national treasures on our stage … to celebrate our return to live theatre and welcoming back audiences and artists.”

Maqoma, well-known for his award-winning Rhythm and Beauty trilogies, will debut his brand-new work, No Humour, in collaboration with Xolisile Bongwana.

“In this work he explores the delicate balance of sensuousness, violence, ethical sensitivity, ugliness, grace and humour where there is none. It is a delicate, sublime meeting of words, movement and sound, entrenched in the human fibre of existence, of life trapped in time that is shortened by each second that passes,” according to a statement from the Baxter.

Maqoma is the founder and creative director of the Jozi-based Vuyani Dance Theatre, which recently received the Naledi Theatre award for Best Contemporary Dance/Ballet for Cion: Requiem of Ravel’s Bolero, which toured Africa and Europe with great success.

Other recent success includes choreographing and performing in William Kentridge’s new opera The Head and The Load, which premiered at Tate Modern in London in July 2019 at the start of a world tour that included Germany, Holland, Austria and the US.

Zolani Mahola hardly needs an introduction. The former lead singer of Freshlyground (and tied in first place with Siya Kolisi as everybody’s favourite living Xhosa) launched her solo career in 2019 with the humbling, poignant and powerful autobiographical one-woman show, The One Who Sings.

For the Baxter Back on Stage season Mahola will present the inaugural staging of her multimedia show You Need To Say It, featuring songs from her upcoming 2021 solo album by the same name.

The other stars in her gallery for this show are: visual and auditory storytellers Inka Kendzia and Sean Ou Tim (Mr Sakitumi) and guitarist and film producer Frank Freeman.