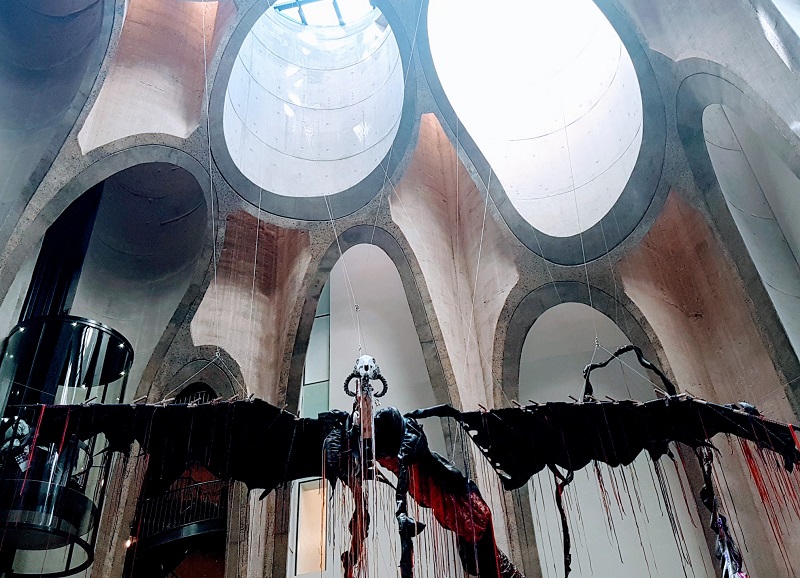 Even in Milan, in London, in New York and other art-obsessed places it would have been difficult this week to totally escape the hype around the opening of the Zeitz Museum of Contemporary Art Africa (Zeitz Mocaa), the world’s largest museum of contemporary African art, in Cape Town.

In the Mother City, too, there was a haze of sparkly dust. Some of us also got a street-level, bottoms up view inside the belly of the beast and saw a lot more than hype: less smoke, more mirrors.

How we gasped when we heard about the many millions spent on re-imagining and refurbishing the old grain silo at the V&A Waterfront.

How we ‘Oohed’ when we were told that tickets to the opening VIP reception cost R70k a piece. How we ‘Aahed’ when we heard the party was being hosted by Gucci, as if the Italian fashion label was a better choice than, say, MaXhosa, Stoned Cherrie or David Tlale (but of course we are still trying to turn our gaze away from those crumbling old edifices in the north).

Thankfully, two icons who featured large in stories about Zeitz Mocaa (which is widely being called “Africa’s Tate Modern” because it couldn’t possibly just be what it is of course) in newspapers around the world were our very own, universal superstars, Desmond and Nelson. Tutu, Mzansi’s beloved Arch, was at the VIP launch, probably not wearing any Gucci at all. He is reported to have made a phone call to the recently departed Tata of the Beloved Nation, Nelson Mandela, and reported: ‘Madiba says Yes!’

Whether you got caught up in the hype or not, totally ignored it, rejoiced in it, let it get up your nose or smiled wryly as it slid elegantly off your gold lame tank top … the only thing you should not have done is let it obscure the actual point of it all.

Did you see it? Did you go? Oh the beauty, the newness, the poignancy and the pure playfulness of this enormous space filled this hopeful continent’s creative minds.

Even if the Letraset-style descriptions of the work in the brand new galleries were already shedding the odd letter and the café on the top floor is not yet open, you could have stood in the cavernous spaces and just let yourself consider the possible connections between the past and the future and all the millions of points along that continuum.

William Kentridge is a white guy, too, but wow he gives so many of us a lot of pleasure and makes us pause as we wonder at how we feel so constricted by our past and free of it at the same time.

The Gucci party was probably pretty fab but, as Italians superstar moments go, I think it was eclipsed by a golden moment in Milan this week when the original supermodels Carla Bruni, Claudia Schiffer, Naomi Campbell, Cindy Crawford and Helena Christensen joined Donatella Versace on the catwalk to mark the passing 20 years ago of Gianni.

It just goes to show that everything has a perfect place and time. PS The five were dressed in gold, floor-length gowns and the late George Michael’s Freedom was playing as they walked along the runway. A golden moment indeed!

You might add: “I am not one of those people who turns up to queue rain or shine (both of which were options on a typically capricious Cape Town spring weekend). I will go once the fuss has died down, it will be nicer and quieter then.”

That misses the point totally. The opening weekend was packed with all the usual suspects, plus a lot of people who don’t normally ‘do art’.  They posed and people-watched and took selfies in front of Nicholas Hlobo’s haunting dragon in the cavernous atrium while their children did cartwheels on the roof, providing a totally different show and a snapshot of us.

It is, indeed, about us. You can choose to see it or not.

Food and wine that (almost) tops the art